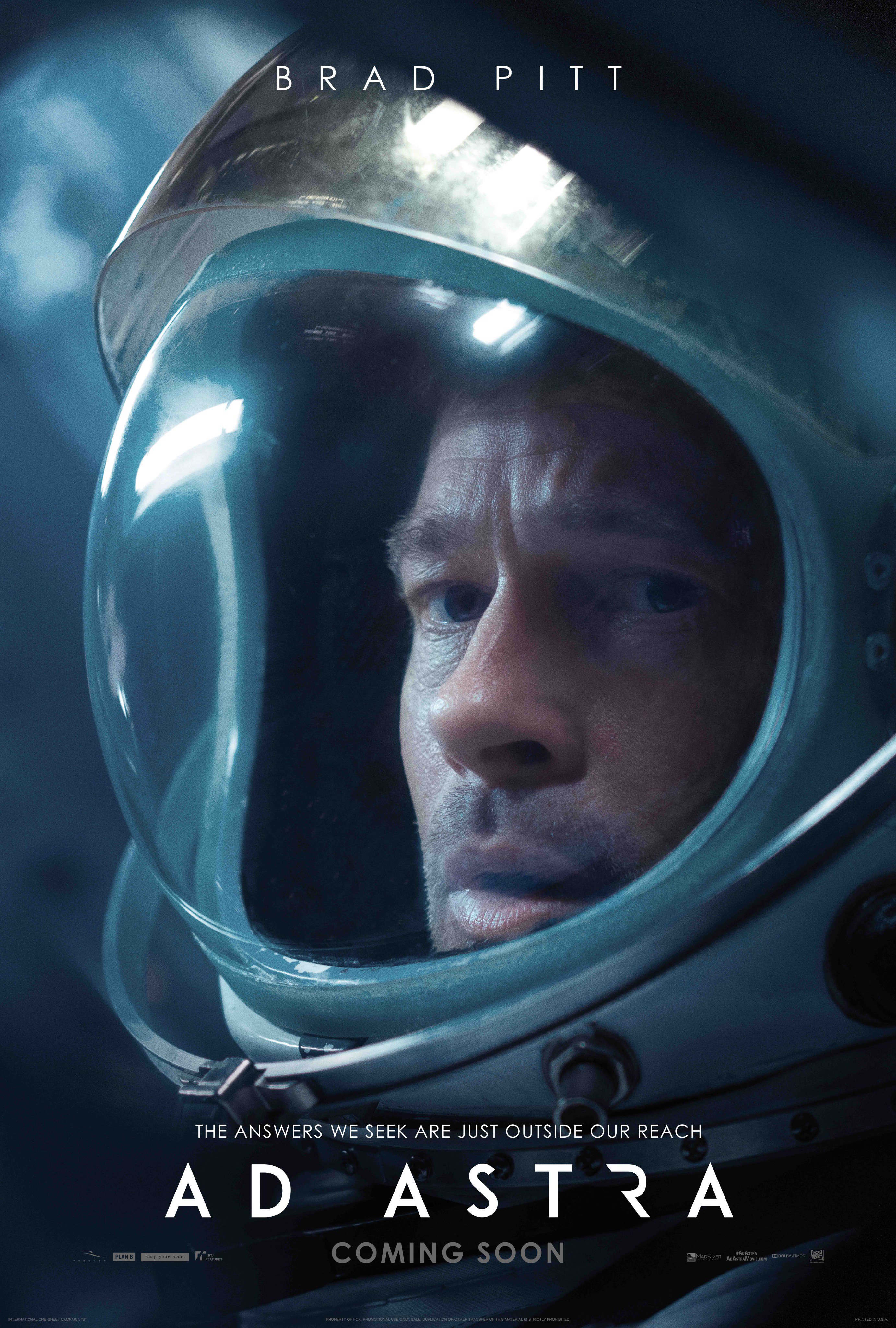 Taken from the Latin phrase for "to the stars", 'Ad Astra' seeks to journey back into the deep unknown of space in an existential story that ultimately unravels itself to be much more down-to-Earth and human than one might expect. That's not to say that the film avoids its space setting, or the assortment of creative world/Solar System-building that comes with it, but that it avoids venturing too far into the more fantastical elements of science-fiction. 'Ad Astra' seems to be at one point referencing 'Gravity', and at others '2001: A Space Odyssey'. It's more of a thought-provoking science-fiction film that builds a very believable future into the background of its central human narrative.

Set in the near future, 'Ad Astra' follows Roy McBride (Brad Pitt) as he is sent into space to investigate mysterious "surges" emitting from a space station orbiting Neptune. SpaceComm - an organisation interested in exploring the possibilities of extraterrestrial life - believe that McBride's father (Tommy Lee Jones) is the cause of the "surges", and thus want to reach out and prevent potential catastrophe.

The film feels very episodic, with Brad Pitt's central protagonist journeying to a city on the moon (in a sequence that feels very '2001'), journeying from the city to a base on the moon (in which he naturally encounters space pirates), journeying from the base on the moon to a base on Mars, and then from Mars to the space station orbiting Neptune. Various characters pop-up for each stage of the journey, with Donald Sutherland joining Pitt for a stretch, and then handing over to Ruth Negga and various other cast members. Despite their prominence in the marketing, Liv Tyler and Tommy Lee Jones barely appear, mostly because this is ultimately Brad Pitt's film.

Pitt manages to pull the whole thing off with flying colours, struggling the tightrope of being a professional astronaut and also emoting like a human being, a struggle which 'The Martian' decided to balance with Matt Damon spouting witty one-liners. 'Ad Astra' is not interested in the lighter side of space though, and opts to focus its attention on Pitt's acting ability, which feels constantly tested in a necessarily understated performance. Quite how Pitt manages to do it so successfully is a true testament to his talent as a performer, but the character's exploits are perhaps where the film loses its footing.

Despite being just over two hours long, 'Ad Astra' barely manages to fill its run-time without feeling a tad overlong, a bit too ponderous for its own good. Oftentimes Pitt's growling narration echoes around the cinema, perhaps reminding sci-fi fans of Harrison Ford's infamous narration from the original cut of 'Blade Runner'. The narration won't work for some, and it does sometimes feel a little too cheesy for its own good, but it does add to the film's more reflective side. The episodic structure though means that Pitt has to constantly overcome various obstacles, with a mayday detour being a particular oddity in the film. At this point, director James Gray taps into a horror angle, and provides the film with its most bonkers twist before conveniently resolving it and moving on to focus on character drama. It's a curveball so bizarre and inconsistent in tone and style with the rest of the film that I can't quite understand how managed to survive the final cut. It's also difficult to discuss without spoiling it, and it's a surprise that's almost worth the ticket price alone.

When the film eventually reaches its climax though, it becomes clear that this film entirely revolves around its central protagonist though. None of the supporting cast particularly matter, and thus we are left with a mix of existential contemplation and a feeling of slight disappointment. Perhaps we can't always find out the bigger answers, and perhaps what matters most in life isn't the Universe itself but the Universe we make for ourselves. Perhaps James Gray's film is more interested in reminding us to stay on Earth than showing how amazing it is out in space. It's certainly not safe, as 'Ad Astra''s surprisingly high body count shows us.

The whole film looks stunning though, with director of photography Hoyte van Hoytema ('Interstellar', 'Dunkirk') capturing some truly stunning set-pieces. A standout shot of Brad Pitt running across the surface of Mars is already in the trailer, but there's plenty of wonderfully colourful shots to take your breath away. The influences are clear, and despite some slightly rubbery CGI, the film looks fantastic. Max Richter's score is haunting and minimalist, reminding us of how big and empty space is, whilst the sound design nicely highlights the silence in some very atmospheric moments.

Perhaps that's ultimately where 'Ad Astra' succeeds: in mood. There's only one particularly developed character in the whole film, and the story doesn't have too much going on (even the "surges" feel like a plot mechanic more than anything), but it invites you into the great unknown, before setting you back down to Earth to think over it all. I'd be amazed if a film like 'Ad Astra' manages to catch-on to a wide audience, but it's an interesting, introspective sci-fi piece with some interesting things on its mind.
Movie Reviews